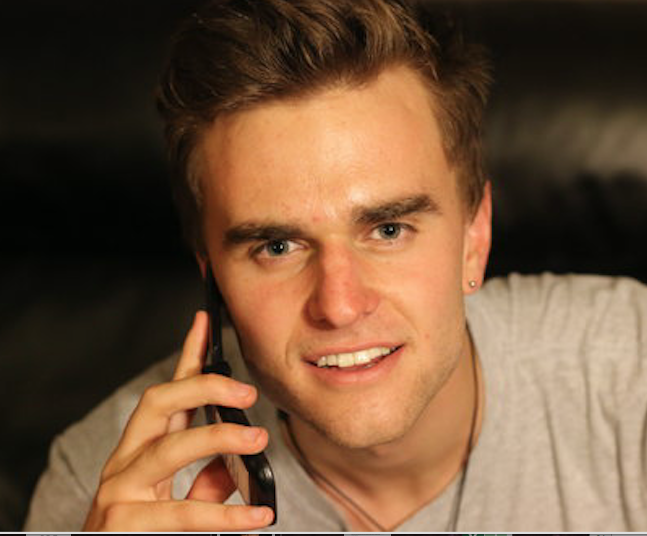 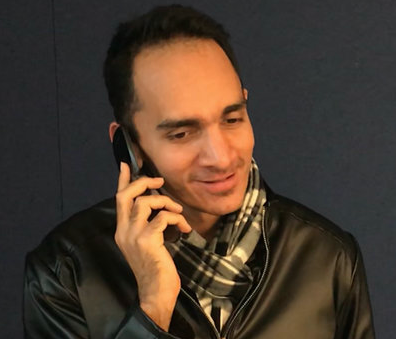 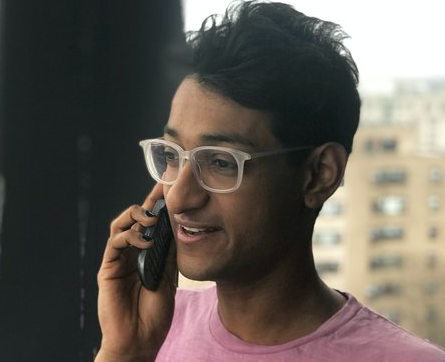 Several of our Computational Social Science students are competing in the 2019 Social New Venture Challenge (SNVC). The SNVC is a competition open to for-profit and nonprofit startups with a social mission at their core. Laurence Warner (AM '19), Abhishek Pandit (AM '20), and Bhargav Desikan (AM '20) pitched a very exciting new (and old) concept to SNVC that they hope to introduce on college campuses, secondary schools, corporate retreats and more. The First Week Flip Phone: The Smartphone Detox is a social impact experiment engaging adults and youth alike by helping them achieve a healthier relationship with their technology. Simply, the challenge encourages participants to trade in their smartphone for a flip phone for one week as a means to "detox" from their dependence on technology.

It all started when Laurence Warner (AM’19) left London’s theatre scene to explore the artistic and social aspects of technology. In the process, he won a Fulbright Scholarship to attend the Computation program at UChicago. From there, he set out to explore the explosion of smartphone technology use from a social science perspective, in particular, the growing phenomenon of youth smartphone dependence. During his Summer Internship in Boulder, Colorado, he initiated First Week Flip Phone, a 7-day Smartphone Detox Challenge you take with a partner (a Flip Phone Buddy) to hold each other accountable as a fun, hands-on way to explore this burgeoning social issue. Laurence recruited two fellow Computation students to join his team, a former development economist and aspiring computational linguist Abhishek Pandit (AM‘20) and former Googler and aspiring sociologist Bhargav Srinivasa-Desikan (AM‘20).

Warner shared that his training in Computation helped build a strong foundation to take this idea forward. He stated, "The Computation program is uniquely interdisciplinary, so each quarter I was encouraged to take one class from the social sciences, one from computational methods, and one from the core sequence. This has been key for me since my interests have never seemed to fit within a standard graduate degree in pure social science or STEM degrees. By taking iOS App Development (MPCS51030) in the Computer Science department alongside Social Enterprise Discovery (BUS34116), I was able to inform my thesis, under the MA Research Commitment (MACS35000), in which I use early evidence from First Week Flip Phone to support the efficacy of the Smartphone Detox."

Besides courses in the Division of the Social Sciences, social science electives can be drawn from the five renowned professional schools. It was while taking one such elective, Social Enterprise Discovery, that Laurence reached a key realization. By scaling his concept, First Week Flip Phone, he could impact social change and improve many young people’s lives, as well as provide rich data to address emerging theoretical debates. His professors, who also focus on interdisciplinary research, encouraged him to put together a team and apply to the John Edwardson Social New Venture Challenge (SNVC). SNVC is the social impact track of the New Venture Challenge, the University of Chicago’s business launch program. Since its inception in 2011, the program has helped dozens of startups make their social mission a reality.

In addition to coursework, the Computation program also requires students to attend its weekly Computation Workshop. The workshop brings world-renowned scholars and top researchers from industry to share how computational methods are applied in diverse settings. Pandit added, “The opportunity to interface with academics exploring similar issues, such as sociologists ZiZi Papacharissi (Professor and Department Head of Communication and Professor of Political Science at University of Illinois at Chicago who presented on social media) and Paolo Parigi (Lead Trust Scientist at Airbnb who spoke about how societal norms respond to new technologies) was a real privilege and a great source of inspiration for all of us.” As a result, Laurence started talks with Bhargav and Abhishek about social problems surrounding smartphone dependence, recruited them to his team, and the project started growing from there.

SNVC recently announced that this Computation-led team has been selected for Phase II of SNVC, resulting in an invitation to take the academic companion class New Social Ventures (BUS34115) as their social science elective next quarter. Additionally, they have earned the opportunity to pitch their project for the Phase III Finals, taking place at the end of Spring Quarter. In the final Phase, seven finalists will compete for $100,000 in prize money to further their social ventures. Their journey demonstrates how interdisciplinary innovation in the Computation program can spur rigorous research, but also drive social impact. We wish them the very best of luck and look forward to following their progress.

To find out more about the project and/or team, head to their webpage.