Dr. Cyrenne is a political scientist and Managing Director of the MAPSS program. He earned his PhD from the University of Chicago in 2005. He has a BA from Amherst College, a CEP from the Institut d’Etudes Politiques de Paris, and an MA degree from Chicago’s Department of Political Science. He teaches courses in the history of political thought, with a particular focus on the 18th and 19th centuries, as well as seminars in contemporary political philosophy. His doctoral research examined how liberal thinkers have grappled with the problem of moral diversity, from Locke’s Letter Concerning Toleration to the value pluralism of Isaiah Berlin. He is now writing a book on the surprisingly complex psychological arguments of Adam Smith, Diderot, Condorcet, and Voltaire. His recent course offerings include “Interpretive Methods in Political Theory” (a methodological survey for professional theorists); “Managing Moral Diversity” (an examination of recent literatures on the implications of irreconcilable moral disagreement); “Transformative Liberalisms” (on the deep-seated personal transformations sought by 18th and 19th century liberals); “Romanticism and the Enlightenment” (on the Romantic critiques of the late 18th and early 19th centuries); and more individually-tailored seminars on important philosophers like Jürgen Habermas. Chad has wide-ranging interests in comparative politics, social theory, and qualitative methods. 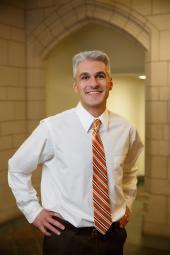