Professor Sparrow's research and teaching focus are on the state and social citizenship in the modern United States. He is especially interested in national political culture and its formation within specific social, cultural, and institutional contexts. His first book, Warfare State, is a history of the social politics of the national state as its foundations shifted from welfare to warfare during World War II. Its central concern is to examine the ways in which different groups of citizens encountered the burgeoning warfare state and in the process accepted, rejected, or otherwise contested the legitimacy of expanding federal authority in everyday life. His second book project, “The New Leviathan,” examines changing notions and practices of sovereignty during the Unites States’ rise to globalism. Blending political and intellectual history with social and cultural methodology, it traces the shifting intersections of international and national, global and local levels of power, in order to explain the modalities of rule at home and abroad that resulted from a world politics rigidified by bipolar nuclear contention.

His teaching commitments and interests include courses on the "new" political history; social movements; war and society; the history of the American state; internationalizing domestic history; consumption; metropolitan America; the interwar period; the New Deal; World War II. In the future, he plans to add courses on the rights revolution; social engineering; the social politics of the Cold War; the history of technology in American society; and the United States since WWII.

He has also completed work in the emerging field of history and new media, developing a nascent methodology for using the web and other electronic media to generate "born digital" primary historical materials in a series of grant-funded projects which combine the qualitative and participatory approach of oral history and ethnomethodology with more conventionally archival aspirations to document and preserve primary materials.

The New Leviathan: Sovereign America and the Foundations of Rule in the Atomic Age (book ms). 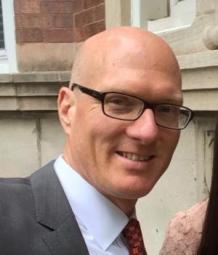