Pedro Alberto is a PhD student in the Department of Sociology. He holds a BA in sociology from Tufts University and a Masters of Education from Boston University. He uses a mixed-methods approach, including computational content analysis and archival research.

Pedro Alberto is interested in exploring how individuals and groups make meaning of the social landscape as well as how these mental states shape collective action and social outcomes, often in unexpected ways. For example, how do understandings of authority and identity interact in society? How do individuals and groups develop understandings of what is proper, what is possible, and what is predictable? What are the tacit assumptions that structure the social landscape and how stable are they?

In one project, Pedro Alberto examined discourse in British newspapers from 2000 and 2004, comparing coverage of the European Union with coverage of other multi-state organizations – i.e. NATO, the WTO, and the UN. He found that discourse around the EU was more process-driven, while discourse around the other organizations was more action-driven. This suggested that the role of the EU had not yet solidified within British media discourse, a finding that was borne out by further developments.

Another project, examining transcripts from Sunday-morning talk shows over a two year window found that, counterintuitively, the entry of candidate Trump into the presidential race led to a drop in the frequency at which immigration appeared as a topic.

Presently, he is working on a project examining media discourse around a 2002 public-ballot campaign to remove bilingual education as an allowed practice in Massachusetts public schools. He hopes this project will be able to make cross-language comparisons.

Methodologically, Pedro Alberto has experience with computational content analysis and network analysis, as well as other data modeling approaches. He is familiar with R, but more comfortable working in Python.

A Boston native, Pedro Alberto enjoys reminiscing about the bottom of the 9th in Game 4 of the 2004 ALCS, as well as debating the finer points of the Ideal Gas Law. A multiple-time middle school teacher, he also enjoys talking about, working on, or contributing to education-focused research. 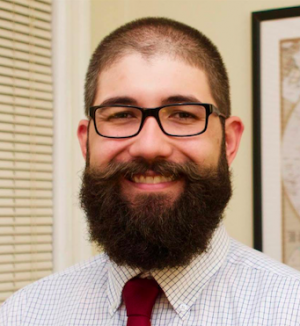