Dr. Clindaniel is an Assistant Instructional Professor in the Masters in Computational Social Science program and a computational anthropologist, focused on solving difficult archaeological problems using data science techniques. Jon's research centers around applying data science techniques to solve difficult anthropological/archaeological problems and he is passionate about teaching these methodologies to students.

Using the methods of data science in his own research, he has been able to systematically decipher several symbols from the Inka khipu sign system in his Ph.D. dissertation (Harvard 2019). Using knots and cords, khipus are said to have recorded everything from accounting records, to stories and songs. They are the primary sources of the Inka and are thus essential for understanding how the Inka represented themselves before the Spanish conquest. However, unlike many ancient writing systems in other parts of the world, Inka khipu signs had not previously been deciphered (outside of the numerical system, which was cracked in the 1920s), leading scholars to often rely on the limited accounts of later Spanish chroniclers to tell stories about the Inka past.

This decipherment work is the current focus of Jon's research and he plans to expand it in the coming years with the hope that scholars will soon be able to write a more complete Inka history that incorporates the ideas of the Inka themselves, as encoded in their khipus. 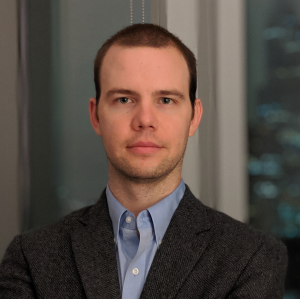